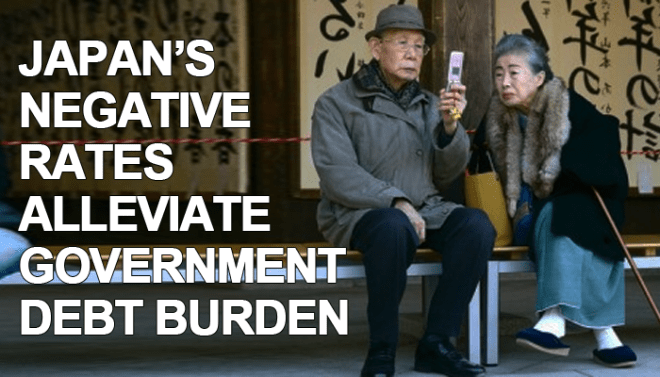 Financial commentators are all fired up over-debating why the BOJ (Bank of Japan) decided to bring the benchmark rates into the  negative territory.  They seem surprised, and clearly animated. But should they be?

The real cynical reason for Japan issuing rates to negative could be very, very straightforward.  It comes down to the very notion why governments do issue debt in a first place.  Government issue debt when they don’t have enough money – they need external funding to cover their expenses.  Therefore, a government brings interest rates to negative when they no longer afford to pay even the cost of debt.

Figure 1 plots the size of the Japanese Government debt – it is really off the charts! And ascending higher. 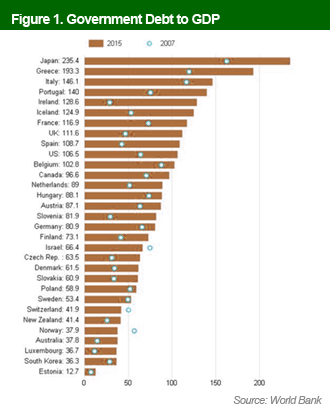 Isn’t it clear that the BoJ had every reason to keep interest rates negative to alleviate the burden on the government finances?

Is it really hard to see through? Yeah, the talk of low inflation and spurring the economy all sounds honorable and touchingly cute, I almost have tears in my eyes.  But with the unemployment rate of 3.5% how much of a monetary boost does Japan really need?   That unemployment rate of 3.5% is one of the lowest in the World, damn it!  They just don’t have enough young people to put to work. Anyone would disagree here with me that Central Banks are totally independent of their government? Seriously, anyone? Kuroda, my friend, you are a genius!

David Einhorn (the highly respected hedge fund manager) stated to me back in 2006 that Japan is beyond the point of no return.  Now, 10 years later, in 2016 that conclusion is even more valid.

Japan was always a global outlier for the level of government debt that it has accumulated.   Japanese government faces a familiar litany of gripes, all emanating from the rapidly aging demographics: expanding social  and pension obligations to the ever-growing pool of retirees while facing a contracting tax revenue from the shrinking labor pool. I feel bad for Japanese retirees (for it is a stoic nation), yet facing dwindling economy, depressed moods, and now even no ability to get even an abysmal yield. It is really disheartening…

I will deliberately avoid talking about perceived secondary effects: that this should incentives people to move money out of Japan – which will contribute to a cycle of pushing the yen down, and hence, increase inflation.  It is all possible.  So coming back with negative interest rates mandated on its banks and elderly citizen (i.e. captive audience for a government), it is a manifestation of power, not fairness.

Here is a link to our previous article elaborating why, when issuing debt, governments match to their ability to pay – Interest Rates multiplied by the Debt size.

How about this for a joke:

Can I issue a $100m debt at a negative rate of 0.5%?  That is right: you give me a cool hundred million and for that privilege you will pay me half a million a year to boot?

The Real (Cynical) Reason Why Japan Made Interest Rates Negative