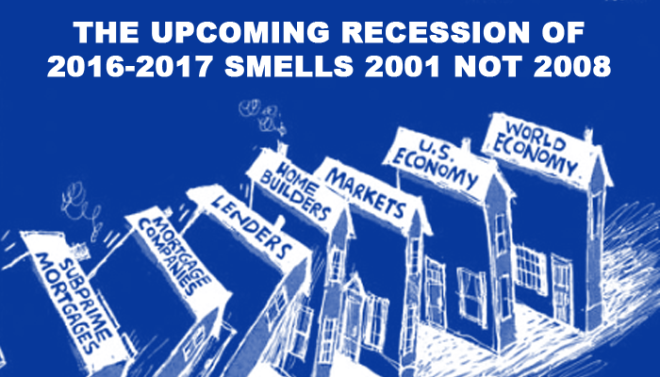 No two recessions are alike but us being humans, we would inevitably look back in history to find the closest analogies. Importantly, here, the word “closest” has two dimensions: 1) the most similar; and 2) something that we remember well enough. Human memory is notorious for Hyperbolic discounting, i.e. disproportionally overweighting the most recent events. For history buffs, my personal favorite match for the upcoming recession would be the recession of 1882–85. That painful recession ensued from the bust of a spectacular boom in railroad construction and lasted for 3 years. The damage resulting in a decline in both railroad construction and in related industries, particularly iron and steel and the business activity plunged by −33% and the country experienced a price depression, but not much of a production depression. I think that is what we will observe globally in 2016-2017 – widespread price deflation.

But who cares about the best, yet obscure comparison if people’s imagination would be captivated only by the most vivid ones? Therefore, I will drive a straightforward comparison to the recession of 2001 and highlight the key differences to the crisis of 2007-2009. Recessions of 2001 and 2008-2009 differed both Geographically and Structurally. 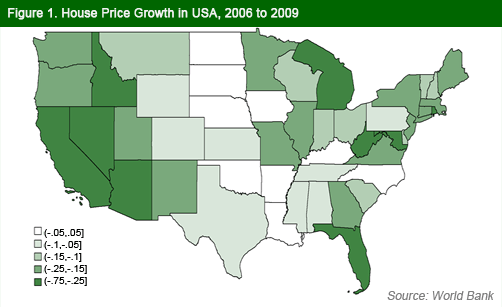 The collateral damage to the bank’s liquidity positions led to the failure of many foundational financial institutions in the US: Bear Stearns, Fannie Mae, Freddie Mac, Lehman Brothers, Citi Bank, and AIG, as well as a crisis in the automotive industry.  The downfall of 2007-2009 was spectacular for an outside observer but was incredibly painful and disturbing when you lived through it live but it had little internal similarity to what we likely to experience next 1-2 years ahead. During 2007 – 2009 falling housing-related assets contributed to the Global Financial Crisis, even as oil and food prices soared (and commodities kept on inflating because of strong demand from Emerging Markets and ethanol mandates). 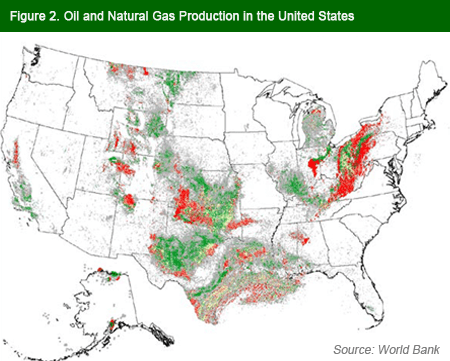 These states are either entering the recession or just about too. The unfolding recession of 2016-2017 would also include the industrial areas of the country. However, the Rust Belt manufacturing states – Ohio, Illinois, Iowa, Pennsylvania, etc. would, unfortunately, be also heavily dented.

The recession of 2001 was driven by the collapse of the speculative Internet and Telecom build-out bubble, and a resulting fall in business outlays and investments. Despite these major shocks, the recession was brief and shallow. Previously over-built productive assets (internet infrastructure, cable, etc.) were ultimately put to good economic use.  That what we would see in 2016-2017 – the (over) investments in shale oil, shale gas, and other commodities built a strong foundation but would contribute to the wide-spreading global deflation.

What could be structurally different this time?  Three key differences: