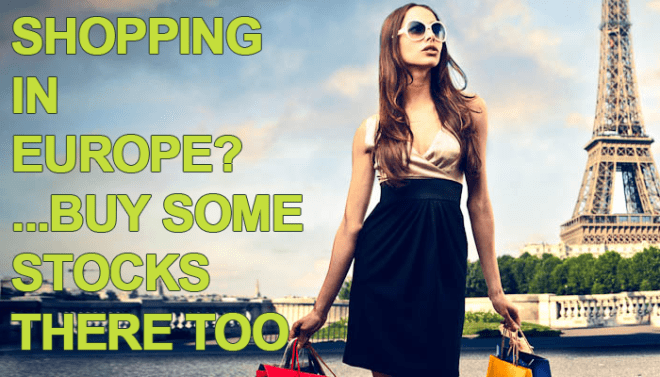 I am not talking about that Europe would outgrow the World. No.
European trend growth is still pretty unimpressive – it is the Old World, after all!
But, the magnitude of a cyclical downturn, that I expect in many parts of the world in 2017 should be less painful.
And many European equities still look attractive.
Here is why:

So, leave some room in your portfolio for European stocks – buy them well.
You would feel good about flying to Europe (with your family) and spending your money there!
Hey, that way your money would work there twice, which is nice…

Give me Thumbs up or Down below,
put in your comment
Or share us on Social Media

Summer Shopping in Europe? Buy Some Stocks There Too!